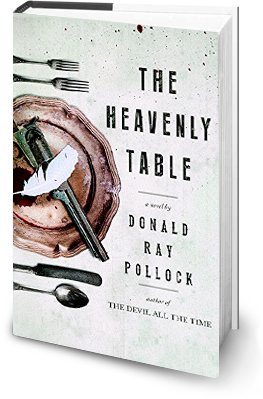 “In 1917, just as another hellish August was starting to come to an end along the border that divides Georgia and Alabama, Pearl Jewett awakened his sons before dawn one morning with a guttural bark that sounded more animal than man. The three young men arose silently from their particular corners of the one room shack and pulled on their filthy clothes, still damp with the sweat of yesterday’s labors. A mangy rat covered with scabs scuttled up the rock chimney, knocking bits of mortar into the cold grate. Moonlight funneled through gaps in the chinked log walls and lay in thin milky ribbons across the red dirt floor. With their heads nearly touching the low ceiling, they gathered around the center of the room for breakfast, and Pearl handed them each a bland wad of flour and water fried last night in a dollop of leftover fat. There would be no more to eat until evening, when they would all get a share of the sick hog they had butchered in the spring, along with a mess of boiled spuds in wild greens scooped onto dented plates with a hand that was never clean from a pot that was never washed. Except for the occasional rain, every day was the same.”

— from The Heavenly Table